Calculation of solar insolation on the rooftop using drone data

The Environmental and economic consequences of fossil fuel dependence are profound in India. In order to reduce human carbon impact on the environment, installation of Photovoltaic(PV) cells on rooftops in Urban areas have a significant potential.

In general, usage of Satellite data for spatial reference and identification of Roof tops are very extensive. However, from recent studies it has been shown that the quality of remote sensing satellite data available for estimation of solar potential has become questionable because of the coarser resolution and difficulty in identifying the small disturbing structures on the roof (e.g. chimneys, overhead tanks etc).

To overcome these difficulties, usage of high resolution data obtained from Drone surveys has derived more potentiality than Satellite data.

To check the credibility of the output obtained from drone data, a case study has been conducted in one of the most populous places of Andhrapradesh for estimating the solar irradiance on the rooftops using drone data.

The entire work has been executed in 5 stages:

To compute the solar insolation, the high resolution orthomosaic and DSM from drone data and Esri’s solar modeling tools (Solar Analyst calculates solar radiation using the hemispherical viewshed model ) were utilized and the analysis has been performed on an area of size 100 Hectares.

The workflow followed to determine the solar Irradiance is as follows: 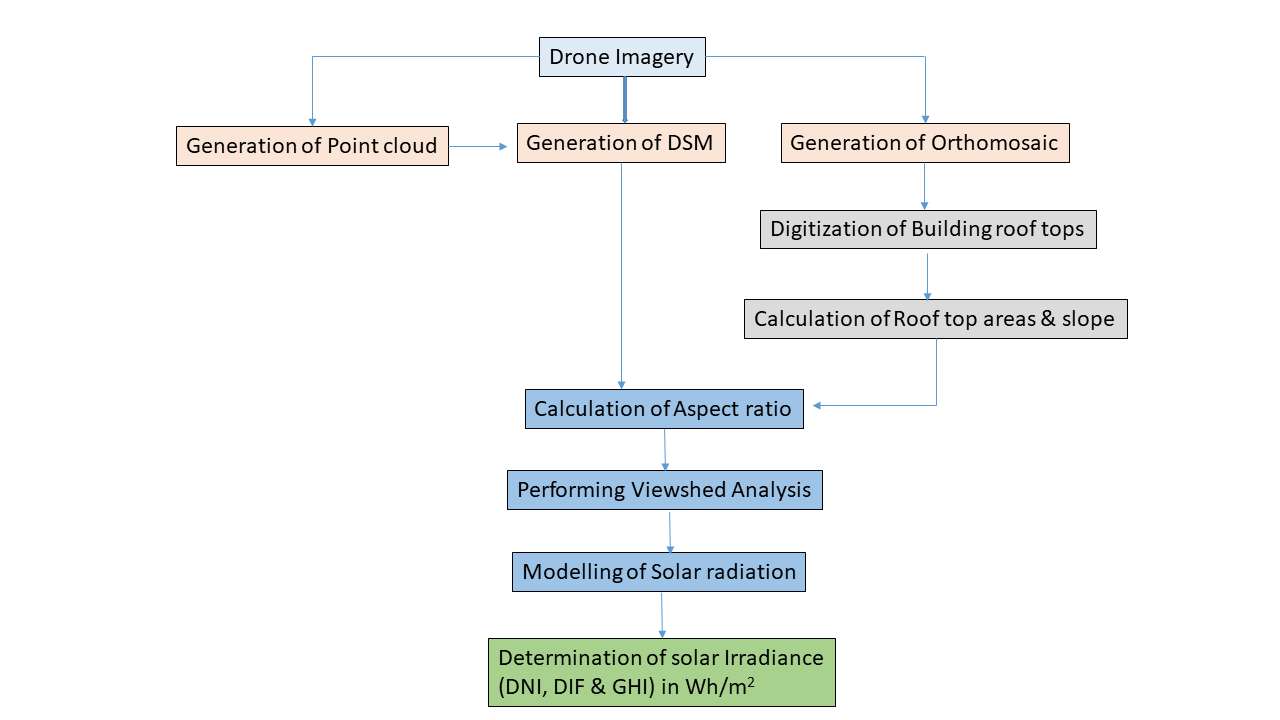 The Results obtained have been shown in a sample building dataset here: 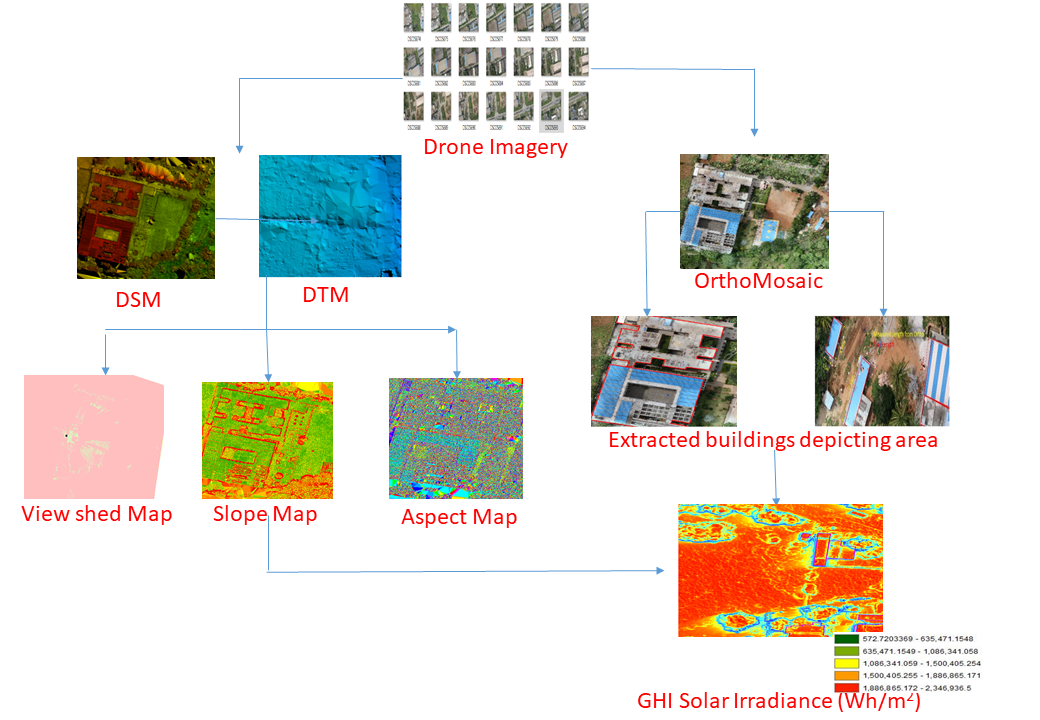 In order to define the positions for the placement of PV cells, the Information obtained from the Drone data has been correlated with the pyranometer and it has been found out that the information is within acceptable limits.

This shows the relevance of Drone data over conventional methods which offers a major opportunity for future research in both automating rooftop inventories and calculating incoming solar radiation and PV potential for Industries and homeowners.